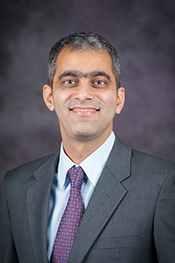 Sharda authored or co-authored one book chapter, 21 journal papers, 11 extension articles and more than 32 conference papers, which, as of 2016 have resulted in a total of 104 citations and an H-index of 6 according to Google Scholar. He has also given 24 invited talks, one keynote speech and more than 70 extension talks at various forums. He has directed one master's student and his current research group is made up of four master's students and one doctorate student. Sharda has won several awards including K-State Innovator; Engineer Member of Year of ASABE Kansas section; and 2016 Precision Ag Researcher presented by National Conservation Systems. His graduate students have won various awards including first prize at the National Student Infrared Imaging competition; Precision Ag Outstanding Graduate student; and Boyd-Scott outstanding graduate research paper awards in 2015 and 2016. He has secured grants from leading multinational industries based in the U.S. and India and federal agencies like NSF-USDA. He also holds several leadership positions in multiple professional organizations including Board member KARTA; Vice-Chair MS-60 Unmanned Aerial Systems Committee; Secretary of the MS 54 Precision Agriculture Committee; Member, SPIE-the international society for optics and photonics Conference committee and reviewer of various international journals.