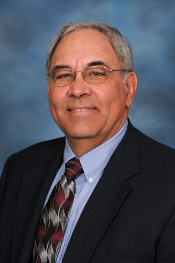 Professional Experience
John Slocombe received his bachelor’s and master’s degrees in agricultural education from K-State in 1977 and 1979, respectively. From 1977 to 1979, he was the vocational agriculture instructor at South Barber High School in Kiowa, KS. From 1979 to 1980 he was an instructor in the Division of Agriculture at Dodge City Community College in Dodge City, KS. In 1983 he earned a doctorate in agricultural education from the University of Iowa where he served as an instructor in the department of agricultural engineering from until 1983. From 1983 to 85 he was an assistant professor in the department of agricultural and extension education at the University of Idaho. He returned to K-State in 1985 as an assistant professor in the department of biological and agricultural engineering and was promoted to full professor in 1993. During a one-year sabbatical in 1997, Slocombe worked as a research scientist for John Deere Company of North America in Kansas City, MO.

Research
Through extension, Slocombe directs the Kansas AgrAbility Project which is focused on assisting farmers who have disabilities safely remain in production agriculture. He also conducts educational programming and research on application technology systems and hay and forage machinery systems for producers and professionals in addition to consulting in Kansas and surrounding states.